A man who would be an American president agonized over a situation which could tear the nation apart.

But it wasn’t Abraham Lincoln, and it didn’t concern slavery.  It wasn’t even a division between north and south.  It was George Washington, worried about the east and the west.  The issue was geography: the wilderness which separated original states from the land beyond the mountains to which its citizens were moving.  Would another country try to take this bountiful land from under our noses?

Washington was concerned that we could lose the area on the western side of the Appalachian Mountains to France or Canada, or both, if a better way across those mountains was not figured out.  According to author Peter L. Bernstein in Wedding of the Waters (2005), pioneers moving west didn’t really have an allegiance to the east; with abundant natural resources, western territories could soon wield power on their own.

GW’s solution was simple: build a canal system which would hasten travel between the two areas.  He succeeded in engineering the Patowmack Canal to bypass rapids and waterfalls, and began it in 1785.  The waterway was meant to connect the Potomac River with the mountains, but it went bankrupt after he died. 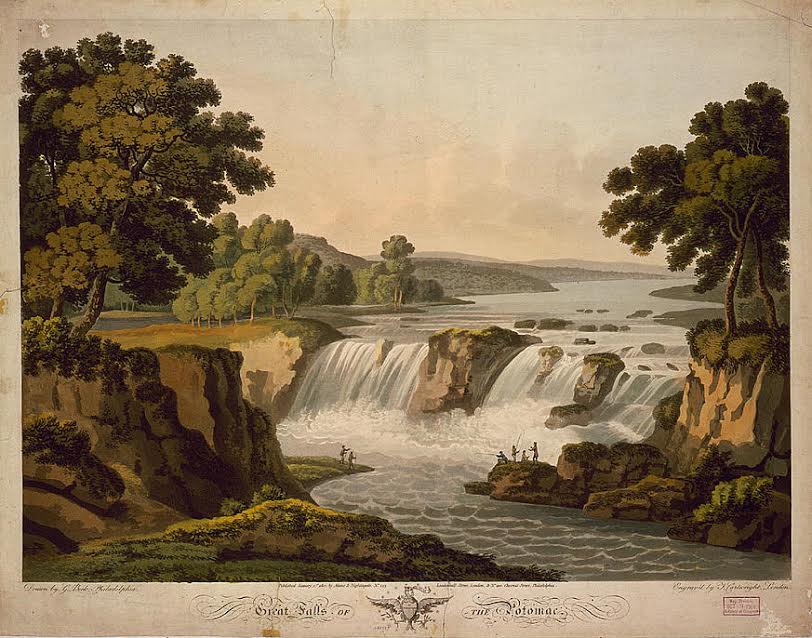 Conditions for constructing a canal were somewhat in better in New York than Virginia (even though Thomas Jefferson thought even that would be next to impossible).  The United States bought approximately 1/5 of our current land area from France in 1803 via the Louisiana Purchase.  In 1825, due to Governor DeWitt Clinton’s persistence, creativity, and Irish immigrants’ hard labor, the Erie Canal succeeded in marrying the Atlantic Ocean to the Great Lakes.  It was possible to travel east to west and west to east in a fraction of the time it took on horseback, or rivers, whose depth and other natural obstacles prevented a smooth path between settlements. 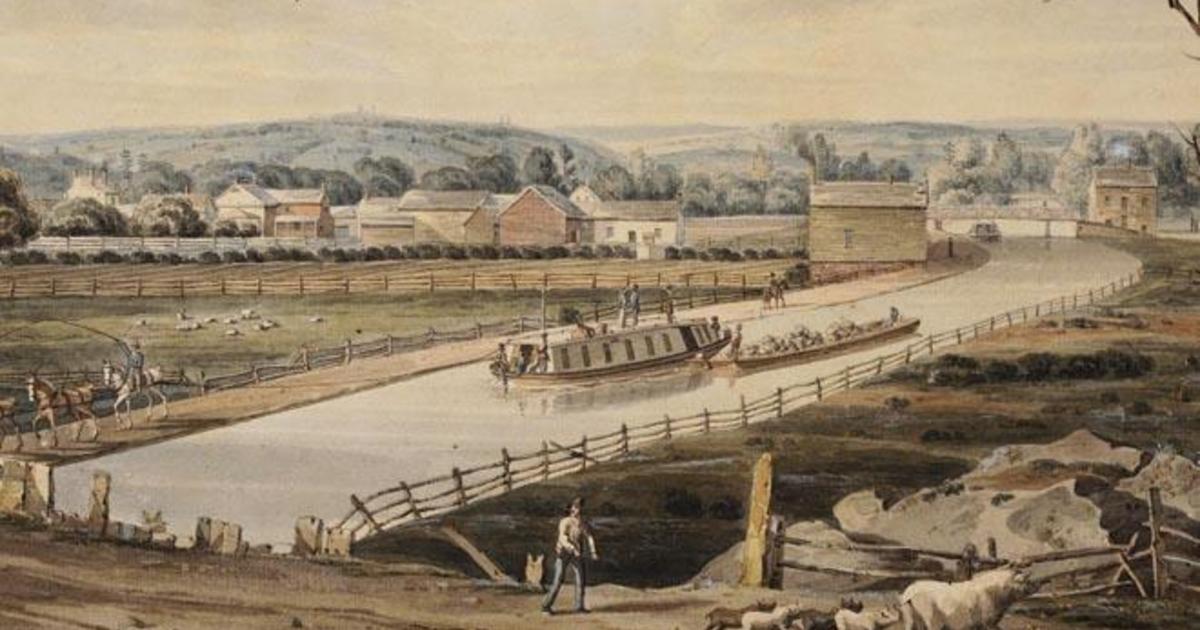 Five miles an hour seems like a snail’s pace, but at that rate of speed provided by the Erie Canal and horses which pulled the packet and freight boats, travel time was significantly reduced.  Passengers and goods could go 363 miles in a comparatively short time.  Citizens settled in new cities and frontiers while farmers sold their surplus crops.  And the United States economy boomed.

Then…the railway system came on the scene.  It copied the same route, with trains giving a much faster option for getting from here to there.  Soon the Atlantic Ocean would be linked by tracks not only with the Great Lakes but with the Pacific Ocean; the Erie Canal, even though expanded, fell into disuse.

It was a vital chapter in our history, though.  It needs to be remembered for both its economic contribution, and the thought that it may have saved a “divided” country.

The notion that the Erie Canal saved the early union is just one I’ve uncovered studying for my new book.  I’ll be sharing others along the way, and project that I may be ready to publish in another year.  Canals have a loooooooong history, for sure.