The end of the deadliest war in American History occurred on April 9, 1865.  Robert E. Lee surrendered to Ulysses S. Grant at the town of Appomattox Court House, Virginia, in a citizen’s home among sparse furnishings and a few soldiers.

Biographer Ron Chernow, in Grant, (Random House, 2017) reveals an amazing cache of research about the top Union general: his training, early experience in the military, conflict with his wife’s southern family, rise to leadership in the war, frustrated efforts as president, and final battle with lung cancer as he tried to finish his memoirs.  But the pages which fascinated me most were the ones pertaining to Appomattox. 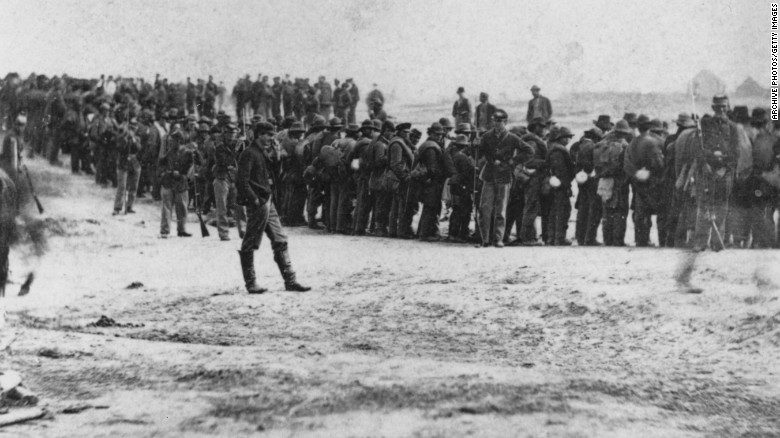 Soldiers wait outside as Grant and Lee parley.  http://www.cnn.com

Lee was not ready to give up until General Sheridan’s army captured the South’s last railroad cars of food and supplies.  He knew his men could not last without them.  He was urged by others to continue guerilla warfare in the back country but refused.  His enemy, surprisingly to some, was remorseful.

My own feelings were sad and depressed.  I felt like anything than rejoicing at the downfall of a foe who had fought so long and valiantly, and had suffered so much for his cause.  -Ulysses S. Grant

Lee had said earlier that he never believed the South could make its independence good in the long run without help from other countries. 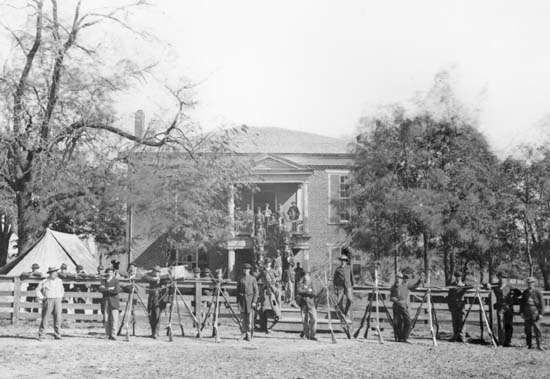 The McLean House four months after the surrender; it burned in 1892 and was rebuilt. http://www.brittanica.com
From Chernow’s extensive narrative, here are some notable facts: An artist’s rendering of the meeting of April 9, 1865.  http://www.constitutioncenter.org 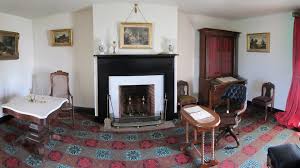 Inside the McLean House today.  The original furniture was taken or sold by soldiers for souvenirs.

In less than three months we will note the hundredth anniversary of the Armistice which ended World War 1.  It was not the surrender desired by Commander of the American Expeditionary Forces John J. Pershing, but a cease fire.

Germany and her allies were punished in many ways, resulting in horrible poverty, despair and animosity.  We should have learned something from the actions of Grant and Lee fifty years before.  Take their surrender, not their dignity.