Oh, the deadpan barbs of the English: sovereigns and subjects alike. 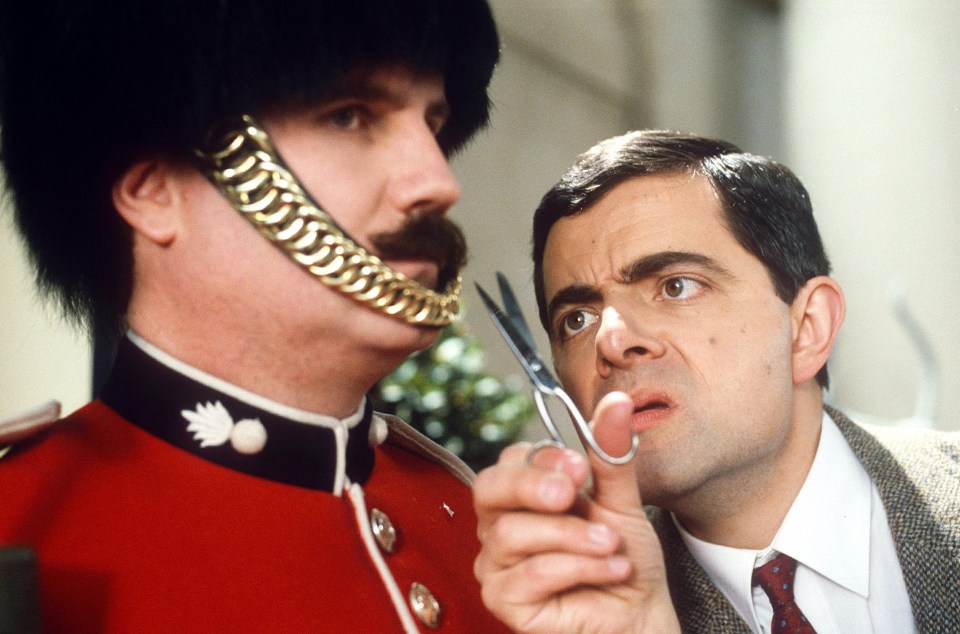 Some consider British humour an oxymoron — it’s just not funny.  But Brits say their word has a u in it because the joke’s mostly on them.  They make fun of themselves by citing awkward moments and human flaws.

It is part of their tradition.  Queen Victoria’s daughter denied she ever said, “We are not amused.”  Rather, she could laugh merrily, and sometimes uncontrollably.  It might have had something to do with all the hours she had to keep a straight face for foreign dignitaries.  She liked theatre, especially performances of farces and pantomimes — and was known for repeating the Pull My Finger prank.

One time she was seated next to an elderly admiral.  “Tell me about the repairs to your wrecked ship,” she ventured.  He said nothing.  So the queen changed the subject.  “How is your sister?”

“Ah, she’ll be fine, Ma’am, when we turn her over and scrape the barnacles off her bottom.”  The queen got a big kick out of it, hiding her face behind her handkerchief.

On another occasion, a duchess presented her with an ostrich egg on which she’d written her own name.  “You’d think,” Victoria whispered, “that she had laid it herself!”

Surprises are foolish things.  The pleasure is not enhanced, and the inconvenience is often considerable.  –Mr. Knightley in Emma

Lord Byron said, “Telford is so dull the bypass was built before the town.”  Also, “If voting changed anything, they’d abolish it.”

Winston Churchill, lately dramatized in movies and miniseries, was famous for dry wit and wordplay.  “The best argument against democracy is a five minute conversation with the average voter,” he admonished.  When the first female member of Parliament, Lady Astor, told him, “If I were your wife, I’d poison your coffee,” he replied, “If I were your husband, I would drink it.”

Churchill bridged the the old guard to the present.  His apprentice, the current Queen Elizabeth, seems to have the best take of all on things (perhaps due to her view from the top of the heap).  She’s sat for at least 100 portraits during her reign, remarking about one, “It could make a good stamp.”  To an Australian painter she began speaking with an Aussie accent.  Upon seeing an American tourist (and the tourist catching a glimpse of her), she’s said to have mocked, “Oh gee, it can’t be!  Yes, it is!”

Another one-liner, upon seeing Niagra Falls: “It looks very damp.”  When the heir apparent, Charles, repeated to her what a citizen said in Cockney: “Gizzawave, Liz!” she found it funny.

On the telly, Brit wit has been dished out to the masses in the form of Monty Python, Keeping Up Appearances, and Mr. Bean, among others.  Bean has had me rolling on the floor a few times.

I rang up British Telecom.  I said, “I want to report a nuisance caller.”  He said, “Not you again.”

Ricky Gervais, the administrator from Night at the Museum and award show host, is a current poster child of humour with a u.  “I’ve never worked out what the moral of Humpty Dumpty is.  I can only think of: Don’t sit on a wall, if you’re an egg.” He says, too: “Where there’s a will, there’s a relative.”  His atheist point of view is funny to some but more than unfortunate to me.  Many storytellers go unncessarily further with the lewd and macabre.

People across the Pond are known for prim and proper — but if they really like a person, they may come up with offensive remarks.  Is it genetic or learned?  There is at least one current piece of research on that subject.  I quite believe I may have some of that “u” gene in my DNA.  By the way, in the storytelling you hear words like quite, rather, a bit, or actually mixed in.

It can be quick.  Once at a conference I was able to ask one of my favorite authors, E. L. Konigsburg, if she thought the film adaptation to one of her books had been well-done.  I didn’t realize there’d been two of them.

That was it.  I smothered a smile and thought, well, that’s about as close to a terse British exchange as I’ll ever get.  And Konigsburg was from New York.