It has never been easier to get dressed than it is today.  After browsing online stores, we narrow our choice of an article of clothing according to design, size and color.  Click!  It’s on the front porch in a few days.  What would our ancestors think of that?  Subsisting for them meant making what they wore (as well as what they ate and a place to live) from scratch.

Eons before stretch denim jeans and synthetic Dryfit shirts, people had to first think about where the thread came from.  Then they wove it into sheets of fabric, and finally, constructed a garment, whether it be dress, trousers, shirt, or scarf.

For his inauguration in 1789, George Washington didn’t want to wear anything made of imported fabric.  His brown suit was wool and cotton broadcloth (“homespun”) with a nap which resembled velvet, woven in Hartford, Connecticut.  http://www.mountvernon.org

The long, warm growing season of the South in which cotton flourished was a cause with far-reaching effects.  Large plantations required many workers, and owners resorted to buying slaves to cultivate and harvest their crops.  The situation almost prevented our country’s beginning; the divisiveness of northern and southern states led to the the Civil War less than a hundred years later.  Cotton remains a staple in today’s world, but it now comes from developing countries.

Synonymous with a bride’s dowry, linen was in the makeup of fine bedding, tablecloths, blouses and underwear (ancient Egyptians used it to wrap mummies).  The flax plants from which it comes were raised by early colonists.  In recent times, according to Purdue University, it has been commercially grown in a few north central states for oil rather than fiber.

Silk speaks an exotic language through its texture and heritage.  Ancient China produced fine silk fabric for centuries before American colonists imported silkworms and mulberry trees to try and produce their own.  The experiment didn’t have much success. 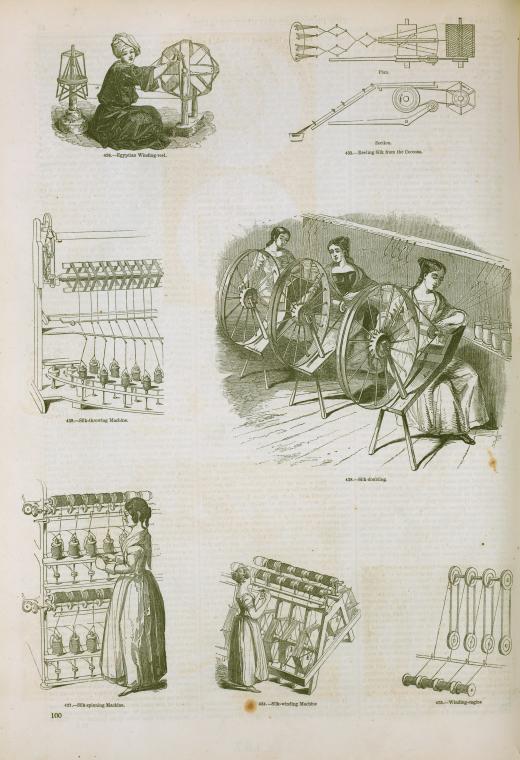 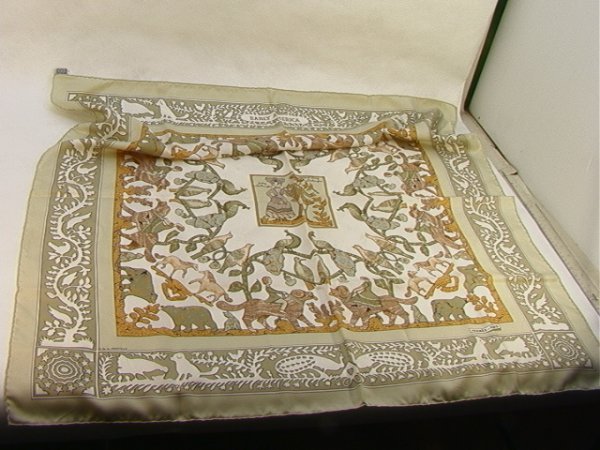 Silk scarf made in France in the late 1700s.  http://www.newlive-auctioneers.com

The natural coat which keeps sheep warm has transferred its insulating power to humans throughout history.  New England colonists including the John Adams family raised sheep for wool, which they sheared off, cleaned and carded, spun into yarn, dyed and wove into fabric.  Native Americans, too, were skilled in making woolen garments and blankets.

First Phase Navajo chief’s blanket of finely woven wool.  In 2002 it was appraised at the Antiques Road Show for over $300,000, and sold at auction for over half a million dollars.  http://www.pbs.org

Original residents of this country hunted deer, tanning and sewing with sinew their jackets and heavy leggings.  In the Revolutionary War some regiments wore buckskin uniforms.  Fringed shirts of our Indian brothers also became a symbol of mountain men, cowboys, and the West.

The subject of leather brings us into a whole ‘nother realm: shoes.  You can bet that between online window shopping sessions for my next pair of Nikes, I’ll be looking into the heritage of footwear.