The last several years I taught fifth grade we had a wax museum in which each student researched a famous American and culminated the project portraying that person in costume.  We organized a giant timeline around the school, and children in the younger grades came to see and talk with those who figured mightily into American History.

To give them an idea of what to do, I presented the story of Jane Addams.  She isn’t as well-known as first lady Abigail of the previous century, and her name is spelled differently, but she had a great deal of positive influence in her time.  Last week I had the chance to re-enact her life again for a class I volunteer with, and was reminded of just how great a person she was. 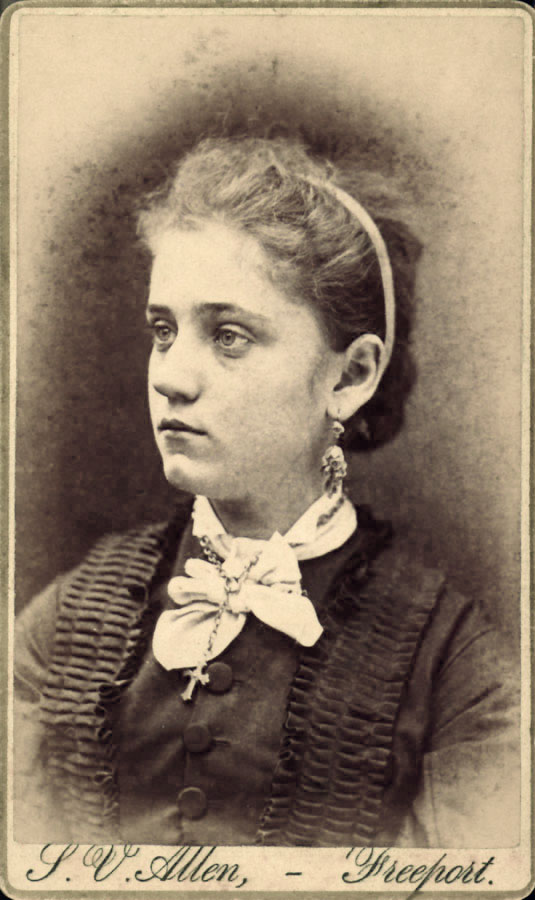 Born just before the start of the Civil War, Jane came from a well-to-do family; her father was a miller, farmer and banker who also served in the Illinois state legislature.  He was a good friend of Abraham Lincoln.  Lincoln would write, “Dear Mr. Double D’d Addams,” in letters to him.

She didn’t have an easy childhood, though.  Her mother died when she was two.  She contracted Pott’s Disease, tuberculosis of the spine, and was teased by other children for her funny way of walking.  One day she told her father she was going to build a big house in the middle of the small ones in town so she could help the people in the neighborhood.  And that is precisely what she did.

After graduating from college, unusual for a woman in those days, she studied medicine until her own health forced her to drop out.  She traveled in Europe extensively.  A visit to Toynbee Hall in London prompted her to recreate the settlement house on the Near West Side of Chicago in 1889.  With part of her inheritance from her father, she rented Hull-House and fixed it up.

From the beginning, Hull-House was all about educating Italian, German, Greek, Polish and Bohemian immigrants in the neighborhood.  Jane initiated day care for working mothers.  She established an art gallery and theatre.  Then a public kitchen, gymnasium, book bindery and sewing room.  Frank Lloyd Wright and Susan B. Anthony were among many guest speakers. 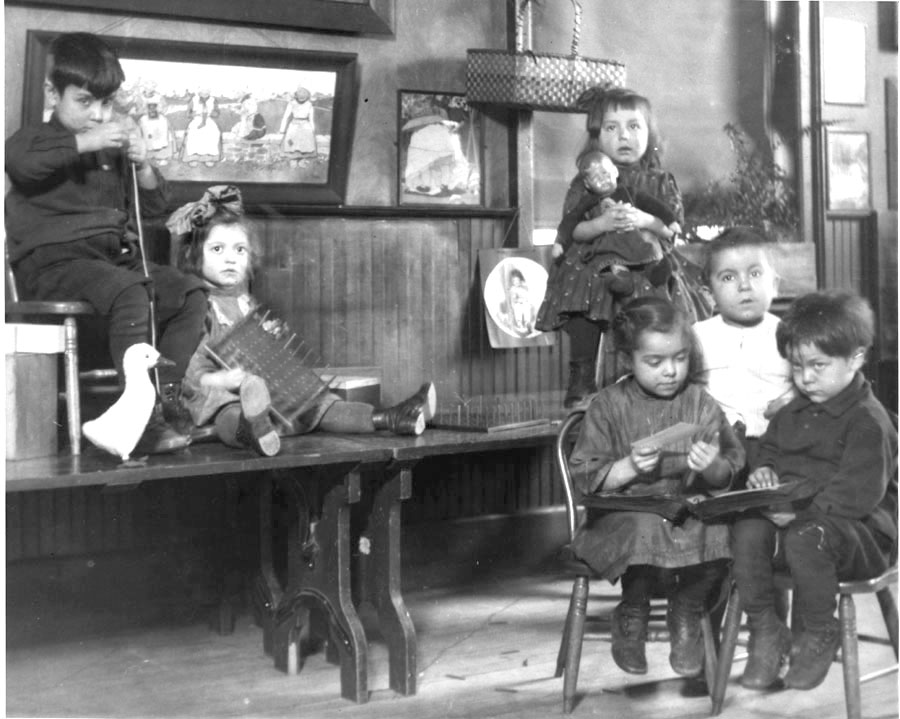 To fund all this in the days before government social programs, Jane spoke to wealthy patrons.  She lobbied for better working conditions in factories and against child labor.  She was elected to the school board and served as garbage inspector, to help clean up nasty conditions that attracted rats to tenemant back yards.

Jane Addams’ first book, Twenty Years at Hull House, was widely read, and in 1912 she was the first woman to give a presidential nomination speech, for Theodore Roosevelt, in Chicago.  They had similar views on reform, but split a few years later in the issue of going to war.  Jane helped found the Women’s Peace Party, vehemently voicing her opinion that America should not participate in the Great War in Europe.  She believed it would only be more destructive to the lower class.  It goes without saying she campaigned for women’s right to vote, and was able to benefit from the 19th Amendment herself in 1920, unlike her friend Susan Anthony, who did not live long enough to vote.

In 1931 she was awarded the Nobel Peace Prize, the first American woman recipient.  Peace was not just the absence of war, she said, but the presence of justice.  Four years later she passed away from cancer.

Today you can visit Hull-House Museum on Halsted Street at the entrance of the University of Illinois – Circle Campus.  The only building left of a once-thriving mega help center, it is a testament to what one person can do.  We can only try to follow, in whatever small ways, the example she left.