Jean Arthur and Cary Cooper in The Plainsman, 1936.  They were also paired in Mr. Deeds Goes to Town.  http://www.rarefilm.net

The other night I watched a classic black and white western, The Plainsman.  Gary Cooper played Wild Bill Hickok, a gunslinger I always get confused with Doc Holiday and Wyatt Earp.  I was prompted to cybersearch after the movie was over to check how facts played into it.

Facts?  Sources concur that reliable information about Hickok (1837-1876), whose real name was James, is sketchy.  He as well as Martha Cannary (Calamity Jane) seem to have spread rumors about themselves, which were perpetuated by Eastern publishing companies.

A few undisputed things about him —

The Cooper movie and subsequent others used these facts, but wove the plot in imaginative ways.

In 1942 Bruce Cabot played him in Wild Bill Hickock Rides.

In 1995 Jeff Bridges brought raw realities to the role in Wild Bill.

With a masterful blend of music, cast and cinematography, TNT’s 1999 fantasy Purgatory placed Hickok with Holiday, Jesse James and Billy the Kid.  Sam Shepard had the main part in his hand. 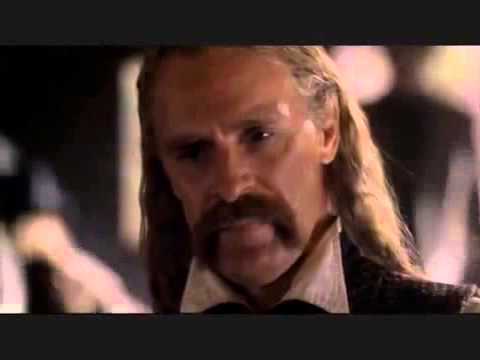 In these movies we see a bits of truth squeaked out of lives of flamboyant lawmen: they did protect us regular folks and try to uphold justice.

However stretched, it is assuring to hear along with flying hooves from an old movie in a dark room on a Thursday night.