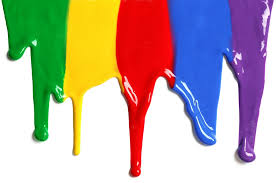 I think twice before using an appositive, a phrase bookended with commas, (by the way that was one) wondering if I am telling the reader something unnecessary, or courteously letting him in on a few words that will help.

For example:  In World War I the British had to resort to conscription, or the draft, to replace the thousands of men being lost.  Not too long ago, I hate to admit, I didn’t know the what word conscription meant (perhaps because I never had much of an interest in wars).  I even think I first learned the term from the movie Braveheart.  Pitiful, I know.

Above: an elementary lesson in appositives.  We all need these from time to time.

A friend who reviewed a compilation of my grandparents’ letters asked, “What’s a bob party?”  I guess I thought everyone knew.  A sleigh ride.  Only today we don’t call them bobsleds.  One case in point.

I think instead of, “When in doubt, leave it out” such as when you’re not sure about a fact, the rule should be, “When in doubt, leave it in” when you are.  You never know when a reader needs a little extra information.  It may be trivial, but then again, it may be part of his pathway to understanding.  Gaps in the floorboards of knowledge can always be filled with the sawdust of appositives — or a little figurative language!

I’m about to complete a project begun seven years ago, transcribing and editing letters of two young people in the years before they were married.  There were over 300 of them between 1916 and 1919, and they tell another “amazing” story.  It took a fair amount of research for me to learn, relearn, and process the events going on around them.  I figured others reading them might appreciate what I looked up so I added paragraphs about world and American history.  I didn’t mean to write a short textbook, but unless you’re a WWI historian or teacher and constantly read about it, you forget: things that happened, why they happened, and what happened because of them.

I guess you could call my notes a great big appositive.  I hope they help explain the times and the lives that were lived.  I have found the story of Jesse O. Covell and Margaret E. Beck both heartening and fascinating.

(Are you still trying to figure out what the paint at the top has to do with the article?  I just had to give my subject a bit more color.)