In the early 1900s immigrants were moving to the neighborhoods by Central Park.  By its seventieth anniversary in 1928, the parks department had installed the first children’s playground, and, during the Depression, Mayor LaGuardia used federal funds to add twenty more.  Workers made roads more accommodating to car traffic, built new boathouses, and laid out permanent softball fields.

Rock and roll concerts were added the park’s attractions in the 1950s.  Budget cuts in the 70s led to “barren dustbowls” where meadows had been, and broken benches, lights, and playground equipment.  Stories of jogger attacks and crimes prevailed in the news. 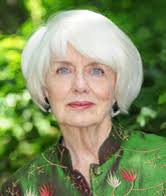 Enter Betsy Barlow Rogers as its administrator in 1979.  She began a hands-on partnership between the private and public sectors: funds were raised, neglected landscapes and buildings fixed, and, best of all, respect for the park restored.  “It’s important to see the way the park is used; you’ve got to touch it, feel it,” she said.  By 1993 $100,000,000 had been donated.  The Luce Foundation gave $1,300,000 for education projects, which extended opportunities for children far past the original milk station of the 18oos.  There is now zero tolerance for garbage and graffiti in the park — for maintenance, it has been divided into 49 geographic zones, each one headed by a gardener who oversees grounds, technology, and volunteers.

On a sunny afternoon last October, before reading about its history, I spent some time in Central Park.  I didn’t know much about the deterioration or restoration, only that it’s a land between the skyscrapers where New Yorkers and their guests enjoy open spaces.  I sat on the velvet of a carriage seat looking out over green grass and waterscapes, and felt as privileged as those who planned it ever did.